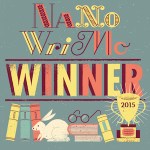 I started a loose collection of Sapphic Stories (previously titled Lesbian Adventures through Time #LATT) as part of my NaNoWriMo Project in 2015. One by one I am going to publish them and future stories as part of this series. They are all standalone stories which can be read in any order.

What makes these stories sapphic?

The connection of all these stories is that they feature wlw. I like the term wlw (women who love women) because of its inclusiveness. It recognizes that sapphic relationships are not exclusively between lesbian women but also between women who are bisexual, pansexual, asexual and women who identify on the queer spectrum, as well as trans women, intersex people and genderqueer people.