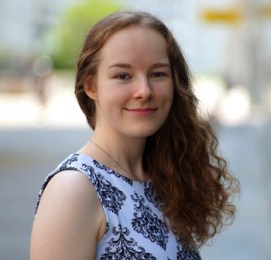 -) wrote my debut novel Revealed at the age of 16

-) independent author since the second novel To be a Hero

I was about nine years old when I began making notes for story ideas. When it finally occurred to me that writing is a profession, I knew in my bones I had found my calling. Like a true Hufflepuff, I worked hard to develop my writing. It’s an old writing wisdom that it takes 1 million words to get good. I started with notes for story ideas until my manuscripts became novel-length.

Being a teenaged author

I had been plotting my debut novel Revealed for some time but really started writing it when I was 16. It contained many things I was interested in at that time: boarding school shenanigans, Ireland and vampires who are scary rather than sparkly.

I revised the novel several times, before I started researching how the publishing industry works. I learned about query letters and started sending my own. Only a few weeks later I received a response from a publisher saying they would like to see the full manuscript. Soon later I was signing contracts and after several more drafts Revealed was released in October 2011.

Why I decided to become an indie author 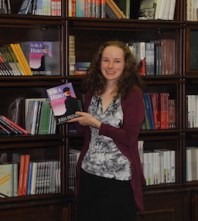 After this first taste of the publishing industry, I also wanted to become more involved in the business aspect. Therefore, I decided to self-publish my second novel, To be a Hero. I devised a budget and project plan, hired freelancers and learned how to typeset. I wrote in detail about my experiences in my free e-book Self-Publishing Handbook.

Shortly after To be a Hero was released in March 2014, I also released a free short story collection called Adventure Stories of Pirates, Robots and Coconuts. All of these stories were inspired by different cities on my backpacking trip through the UK.

On the road to authorpreneurship

I am also digital marketing consultant and during my masters in Managing in the Creative Economy, I developed an interest in entrepreneurship. Therefore, I was wondering how to utilize all those skills for my writing career as well. I then stumbled across a term which described what I wanted to do perfectly.

For me, a vital part of being an authorpreneur is sharing my knowledge and experiences. The digital world constantly offers new venues of engaging readers and promoting your work without having to depend on a publisher. You only have to know how.

Yes, I am a feminist…

Cultural theory was a core subject in my BA degree and I consider myself a queer-feminist. Therefore, the issues of intersectional feminism – or you may call it diversity ­– are close to my heart. I am aware of the lack of representation of many communities in the media. As a writer, I am striving to not just question the representation and lack thereof in the media but also in my own works. To do this I rely heavily on the feedback of my beta readers who are able to detect issues I may have missed as well as a research. I am also sharing good resources I find on Tumblr if you’re interested yourself.

By sharing my experiences about authorpreneurship, I also discovered my love for blogging. I have blogged about digital marketing and for TEDxVienna. Currently, I’m very excited to be working on Wine & Rum. 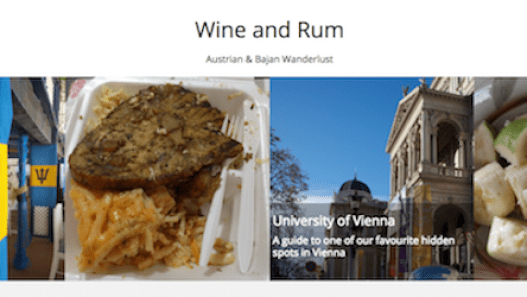 On Wine & Rum we explore the world from an Austrian and Bajan point of views. We share secret spots and other discoveries, along with entertaining anecdote about our experiences.

Feel free to download the following press kit to use for articles, reviews etc. about me and my books.